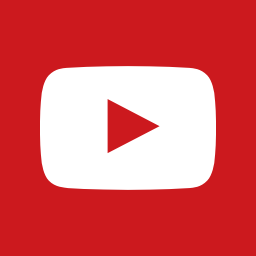 A Journey to a Decision

My journey to a decision to retire came almost upon ordination on April 27, 1973 at St. Paul of the Cross Church in Honeoye Falls, New York. I thought then about when I would have to retire. It was mandatory at age 65 which would be 2011 for me. More recently the subject has come up at a variety of occasions. I asked my primary care doctor if I was healthy enough to continue active ministry and his answer was, “Yes you are healthy but save some of it for retirement.” In the Jesus Caritas (priests’ group for prayer) the subject would come up. Some advice would be made rather pointedly to me by my priest friends. Even my relatives were keen on my retirement to an easier life. Be that as it was, I was still not convinced. My age and health are good. This May 21st I will be seventyfour. I receive social security, a pension, mandatory funds from my IRA and have a 403b to rely upon. What took me one step further was a matter of numbers. The attendance at Sunday Masses remains low in view of the capacity of each of the churches. I look around at those with me to pray and can see our age is not getting younger as a group. Secularism began some thirty years ago and speeds on in our society. And the actual financial numbers have been for four years below our budgeted hopes. I think this is the straw that broke the camel’s back. I think everyone is doing their very best to support their church, for example, our Catholic Ministry Appeal has been well supported. However, our bills are larger than our income. A few years ago, I read an important book for me, The Vice of Luxury, by David Cloutier. The subtitle is “Economic Ex-cess in a Consumer Culture.” What I got out of the book was, “don’t be greedy.” Simply put we trimmed down our budget as much as we can. We pay no one to lead, on site, our religious ed programs, or our finances and I have been my own housekeeper because that is what is needed now. Too large of an item in OLOS budget is a fulltime resident pastor. We can do better to make our parish to be on a more solid basis. I pray my decision for retirement will begin the process. At prayer this morning an ancient hymn said this:“Nor greed disgrace a Christian’s name.Nor greed for riches be a snare.”Sacred Scripture says, “avoid greed in all its forms.” So be it. 

Posted in Pastor's Message
Past Bulletins